Brace yourself as the two Kings of the North, Jon Snow (Kit Harrington) and Robb Stark (Richard Madden), are all set to bring the legacy of Winterfell to the super-cool Marvel Universe. The two will star in ‘Eternals’ (2020).

According to reports, Kit Harrington has joined the cast of upcoming Marvel film ‘Eternals’ which will also include Richard Madden, his Game of Thrones’ co-star. 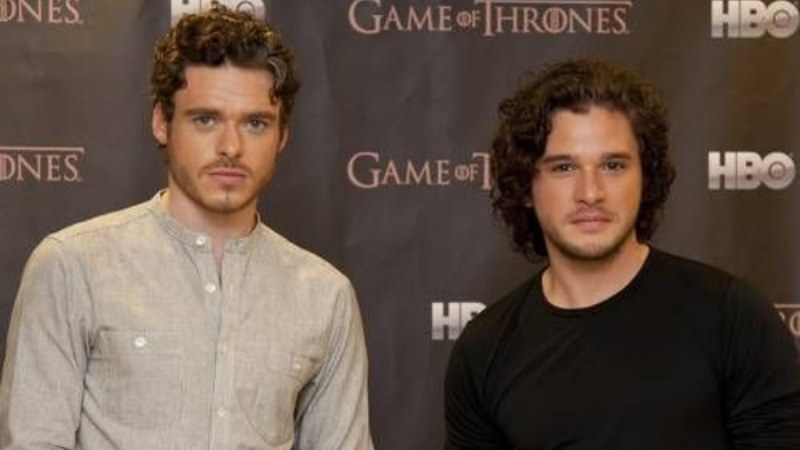 If you were (or still are) a diehard fan of ‘Game of Thrones’,  the most popular fantasy drama of the last decade, then this news will leave you all smiling.

Where the reunion of Jon Snow and Robb Stark is not something we could see in the GoT world but are happy that the Stark children will finally be reunited.

And this is the GoT reunion we didn’t know we needed! (Ned Stark must be so proud!)

The news was revealed by Dinsey’s D23 expo that Kit will step into the Marvel Cinematic Universe. He’s the latest one to join the ever-growing cast of ‘Eternals’ which will also star Angelina Jolie, Salma Hayek and of course, Richard Madden. The film is based on the popular Marvel comics named ‘Eternals’ who are a fictional race of humanoids.

Where Kit Harrington will star as the third Black Knight as Dane Whitman, Richard Madden is all set to play the role of Ikaris, an eternal who named himself after his son Icarus, the Greek God.

‘Eternals’ will release in 2020 and it will be hard waiting for this one!

The diehard fans of Game of Thrones cannot be happier after this news. Yes, the North will always remember!

They are simply over the moon!

Robb Stark: Next time I see you, you'll be all in black.

Jon Snow: It always was my color.

You got to change the title for the Stark boys!

Richard Madden and Kit Harrington??? Are they changing the title to Game of Eternals? #D23

kit harrington will be in the eternals with richard madden… this is a win for got stans pic.twitter.com/72joYhrikG

eternals has not only the most attractive/talented cast ever but also the MOST DIVERSE cast:

The reunion of the young wolf and the white wolf!

Wait a minute The Young and The White wolf are both in The Eternals. Kit Harrington & Richard Madden together again!? Tears of joy! #TheEternals pic.twitter.com/HFHAsMVLqn

Throwback to good old times when all was good in Winterfell!

The last time Robb Stark and Jon Snow spoke this was the conversation.

8 years later, Kit Harrington cast as ‘The Black Knight’ alongside Richard Madden in Marvel’s ‘The Eternals’

Are you excited about this GoT reunion? Let us know in the comments below!

Breaking Bad Movie Will Be Out In October; Trailer Released

Dwayne Johnson Reveals Him & His Family Tested Positive For The Coronavirus!

Sakina Samo’s Directorial Is All Set To Premiere At Harlem International Film Festival!